Redistricting in City of Fredericksburg 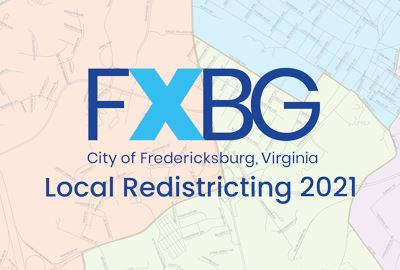 The City Council is in the process of redrawing the boundaries of the four wards based on the 2020 Census. A redistricting process occurs every 10 years following the United States Census and is governed by state law. By making sure each ward has approximately the same number of people, redistricting will help ensure residents have fair representation on City Council and the City School Board. This process also determines where residents vote. This process started after the 2020 Census data was released in August 2021. For more detail, read: Redistricting 2021 Memorandum (PDF), July 29, 2021

Public Meetings to discuss the process and options for Ward district boundaries were held on:

On January 11, Council approved a Plan that would, because of the number of register voters in the Ward 3, would require a second voting precinct in that Ward.  Several Council members expressed concern about the cost of a second precinct. Subsequently, a census block was identified that if shifted from Ward 3 to Ward 1, would reduce the number of registered voters and eliminate the need for a second Ward 3 precinct, without dividing a community interest.

This revised map, labeled modified map (version 2) will be the subject of a public hearing before City Council on February 8.  Proposed 2nd read map 2-18-22 (PDF)

The boundaries of the City’s election wards need to be changed to correct an imbalance of population shown in the 2020 US Census.  City staff has worked with Kevin Byrnes of Regional Decision Systems, L.L.C., to provide City Council with options to re-draw the boundaries of the City’s 4 Council wards to comply with State law and local ordinance. Changes were to be adopted by December 31, 2021 to comply with state standards, but due on-going discussion, the goal is to adopt a new ward map as soon as possible.  Once approved the plan will be submitted for review by the Virginia Attorney General. The following memorandum details the current wards, alternate scenarios and data to assist Council members weigh the redistricting alternatives. Fredericksburg City Ward Redistricting Memorandum (PDF), November 5, 2021.

View current and proposed plans in an interactive map. This feature will permit you to enter an address to see which District you live in for each proposed Plan Scenario. Visit our redistricting data hub now.

Public involvement is an important part of the redistricting process.

Map of Current Wards in the City of Fredericksburg, Virginia (PDF) 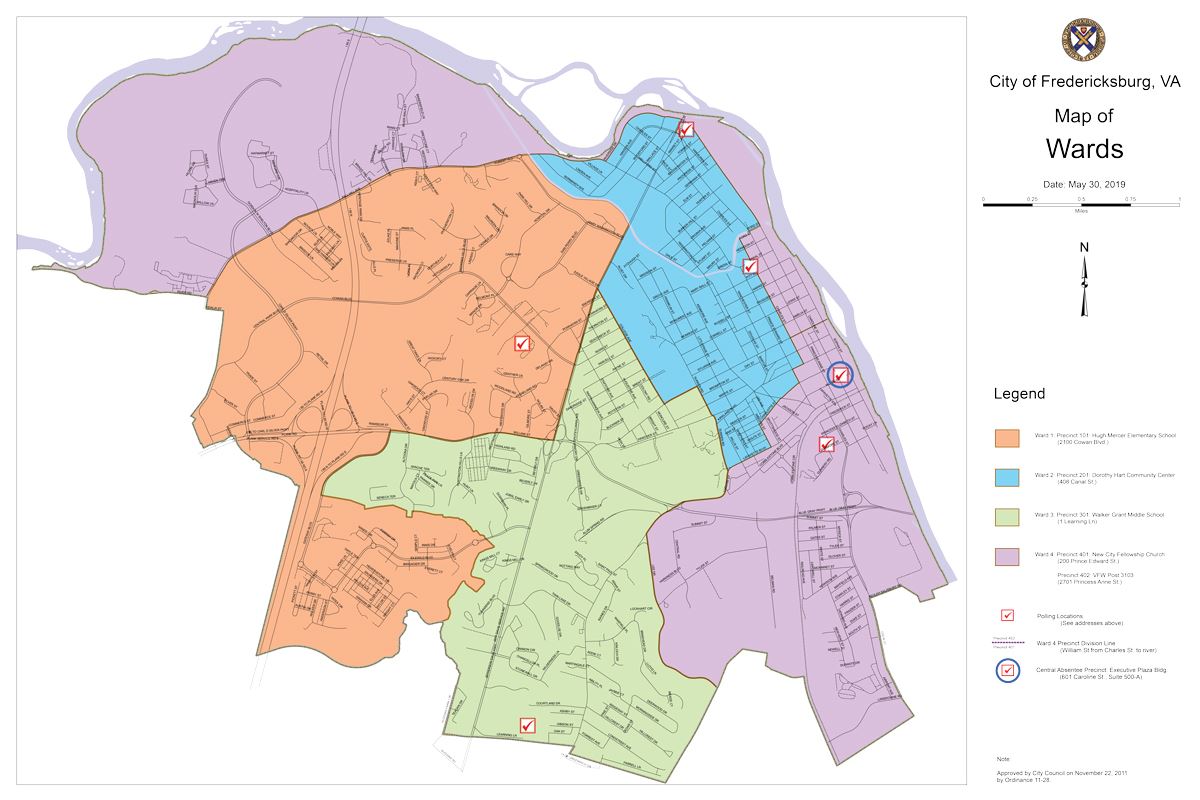