The Early National Period was a time of significant growth for Fredericksburg's commercial district, reflecting a major shift in 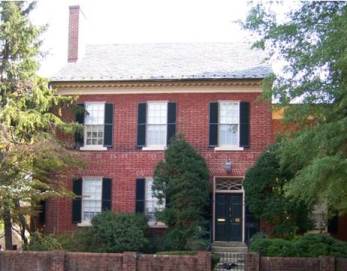 Virginia from an exclusively agrarian society toward a more diverse landscape of well-developed towns and cities. Although Fredericksburg was no longer a major port of entry for European exports, trade with the interior hinterlands was strengthened during this time, particularly after the loosening of British restraints on trade after the War of 1812. After 1789, farmers along the Rappahannock River transitioned away from a tobacco-based economy and began diversifying their crops. Along with this shift came the establishment of grist and flour mills in Fredericksburg to process the raw materials coming through along the river. The finished products were shipped to such cities as New York, Philadelphia, and Baltimore or distributed to local merchants in the commercial district. In 1816 alone, 160,000 barrels of flour were handled in Fredericksburg (Fredericksburg Area Tourism Department [FATD] 2002). Fredericksburg also continued to serve as a major inspection point for these products as well as a "Early National Period" site for goods traveling over the interior roads. During the first half of the nineteenth century, Fredericksburg was the principal center of trade and commerce for the region lying between the Rappahannock River and Orange, Culpepper, Madison, and Fauquier counties.